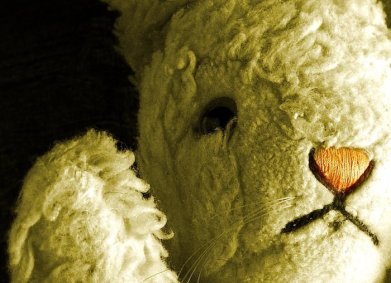 (Spoiler Alert — If you have not seen the play, and do not want to know anything about it, you should stop reading now.)

Last week in the Drama department, we had the incredible fortune to present the theatre-event White Rabbit Red Rabbit by Nassim Soleimanpour. To view the trailer for the piece, click here. There is so much to say about this work but in terms of its staging the curious premise of the play is that it is a “cold read” each night by a new actor.

From the point of view of the plot of the play, this cycling of actors is necessary (?) since at the end of the play, the actor is enjoined to drink a glass of water which may or may not contain poison. So indeed if tonight’s actor does indeed drink poison and die, we will need a new actor tomorrow (OK. Well not really. But the play does open this possibility for our consideration.)

From an ontological perspective, the technique of the cold read opens up a very small but perceptible gap between the actor and the character. (This is why I am reluctant to call this a play). In theory, what happens in the event is that as the actor takes the script and begins to read, we are watching both the character and the actor’s efforts to create the character. At points, it is possible to observe the actor’s ‘unmediated’ reaction to the instructive demands of the script (Oh no! *$%# I’m supposed to imitate an ostrich??!!) It is invariably just a split second pause or flicker across the actor’s face. Nevertheless, the fictional facade of worldb cracks to show the worlda actor at work. (The fear and nervousness of the cold read that puts the actor outside his or her usual technique also contributes to this cracking).

That said, these moments are almost instantly erased by the performance of self by the actor. It is hard to say that what we are witnessing on stage is indeed the ‘unmediated’ worlda actor. Unlike documentary film, the stage is a very unaccommodating space for the non-actor (or what documentary studies calls the ‘social actor’). That term ‘social actor’ pays tribute to the work of Erving Goffman (The Presentation of Self in Everyday Life) to recognize that even in worlda, our self performance is shaped by various social frames, or codes of behaviour. The presence of the camera does itself institute a kind of frame, but it is, I think, of a subtle variety. The subjects of documentary are said to lose awareness of the camera over time. Likewise, it is possible to be ‘caught’ on camera. The theatre frame is of a much more assertive variety. It is much more difficult to forget you are on a stage being watched live by dozens or hundreds of people. Similarly, I find it hard to imagine being ‘caught’ unknowing in a theatrical frame.

—- Pod-plays (cf. Olivier Choiniere) work this way I suppose where random everyday people are ‘theatricalized’ by the roaming, iPod-listening audience. And still, even in this example, those everyday people are not aware of their ‘capture’ and so,… Can they be said to be actually participating as actors at all? —-

The question that I am still grappling with is: Is it even possible to have theatrical performance by a non-actor? Can an ‘unfictionalized’ actor successfully subvert the fictionalizing power of the theatrical frame? And if, the frame is subverted in this way, is it still theatre? Or has the whole event evaporated back into life?