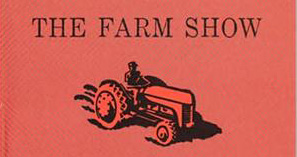 It would be impossible to discuss reality-based theatre in Canada (what I am starting to call “documentary theatre”) without acknowledging the scholarship of Alan Filewod. His 1987 book Collective Encounters: Documentary Theatre in English Canada is the primary text on the subject. I had the pleasure of reading the book on a very hot summer week while sitting on the dock at the cottage — so perhaps that may have influenced my impressions of it.

The book examines a series of case studies of documentary performances between 1972 and 1982. Each chapter looks at one or two plays of the genre to establish a canon of general principles and practices at work in the field. Filewod devotes chapters to The Farm Show (Theatre Passe Muraille), Ten Lost Years (Toronto Workshop Productions), Paper Wheat (25th Street Theatre), Buchans: A Mining Town (Mummers Troupe of  Newfoundland), among others. What ties these plays together as documentary theatre is their reliance on first-hand testimony. Testimony for the plays was gathered either directly from the source — as was done in The Farm Show, where the actors visited farms in the Clinton, Ontario area and interviewed the citizens of that region — or from written collections of testimony — as was done with Ten Lost Years where the speeches were drawn from a published book of reminiscences about the hardships of the  Thirties. In categorizing this kind of work in terms of its relation to the real, I think I would call this “verbatim theatre” to bring it under the umbrella of similar work being done by people like Robin Soans in the UK and Anna Deavere Smith in the US.

A key characteristic that is quite pronounced in this particular corpus of verbatim plays is their process of collective creation. Collective creation need not be tied to verbatim performance. Often it is, but sometimes it is not. In the case where the performers are part of the generative creative process and especially when they are making contact with their primary sources, the actors themselves become a “real” element of the documentary. As Filewod writes, “responsibility for authenticating the material passed to the actor, who in effect reported the findings of his own research” (13). And more than this, often the actor’s own experiences in that interpersonal contact furnished the content of the performance. This is where this actor-centred approach to verbatim blends with auto/biographical performance.

Like contemporary documentary performance, these early examples are also highly political as they present a very particular view of the community with which they are engaged. Filewod calls this the “principle of partiality” (41). Part of the success of a community documentary depends on the actors accepting the community’s values and self-image. It must avoid controversy (41). Perhaps this necessary attachment to the source community/source documents contributes to the intense politicization of the genre. The perspective presented is by this reasoning necessarily narrow in order to ensure the “success” of the production. Filewod points out some of these ideological “blind spots” in the various plays. For example, in The Farm Show, there is a representation of the local Orange Day parade without any discussion of Orangism in Huron County and the larger implications of this potentially charged political/cultural phenomenon (49).

In general, I wonder to what extent this localism that enfolds the source community is a primary characteristic of documentary theatre. This is a question that I have not yet fully absorbed yet — What is the position of the audience vis a vis the real-world connection to the performed documents? How does this position, especially if it is particularly close affect the creation of the work in terms of what can/cannot be said or the attitude toward that material?