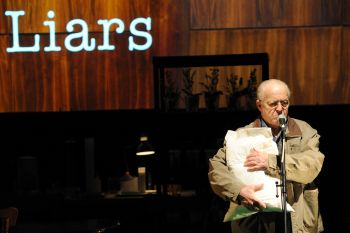 As a citizen of this postmodern moment, authenticity is something I desire. I want to be authentic and I want to surround myself with authentic objects and experiences. Contemporary philosophers know this. But so do contemporary entrepreneurs. They want to sell me the authentic that I so desire.

In their book on the subject (published by Harvard Business School Press), James H. Gilmore and B. Joseph Pine give advice to hopeful purveyors of the real. One way to create authenticity they suggest is to find avenues for including the consumer in the experience to the point where the consumer becomes a co-producer of the experience that is being bought — a “prosumer.”  (Terrible word — and I am not making this up). There are several ways business can open their commodities to prosumers. For example, consumers might be invited to design a logo, create a video ad, or name a product. Or the product can be left unfinished so that it can be customizable in significant ways by each user. Or the business model could be based entirely on a DIY experience.

How does this apply to theatre and its use of real? To begin with, theatre is always already a kind of DIY experience. According to basic principles, the audience has an active role to play in the creation of the event. Without audience perception of theatre as theatre there can be no theatre at all. So in this way, theatre is already positioned as having certain “authentic” characteristics. It is a “real” experience.

In the particular cases where the incorporation of authentic elements (“the real”) is a core feature of the genre (verbatim theatre for example), the particular work often stakes out its claim to the real by explicitly claiming its real source material. Commonly this is done extra-theatrically, outside the fictional frame, with a program note or in the advertising for the play. We know what the play’s claims to authenticity will be from the outset. However, taking the example of Porte Parole‘s verbatim play Seeds, the play also shores up its creation of an authentic experience inside the fiction through key theatrical choices. 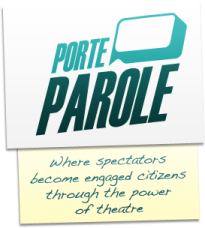 The play begins with several actors interviewing audience members about some of the themes of the play. One gentleman is asked to define “Life”. Another is asked what he remembers about his own birth and then about the birth of his adult daughter who is sitting beside him. The actor/interviewers then explain to us quite plainly that this is the same basic technique that was used to gather the words for the play. Interviews with real people just like us. Their real words just like the real words that we just heard. This strategy effectively positions the words of the play solidly in our world. We are now allied with the source material. It is ours. We are of it. The short exercise of audience participation transcends this interactive moment to encompass the whole play. The material of the play is validated as authentic through this alignment with the audience as the present source of that material (or material just like it). We have been set up to take responsibility for the material. We authenticate it.

This co-opting of the audience into the DIY aesthetic of the script is extended further in the scenography of Seeds as well. Across the upstage wall, elevated perhaps 8 or 10 feet off the ground and spanning the whole width of the stage is a giant projection screen. On the screen appear, several text titles, also backdrops for the scenes and close ups of the actors. Both at the top of the show and at the interval, among the thematic images (seedpods, DNA, canola flowers) and production stills from the first act, floating in ‘screen-saver’ rectangles on the screen, is a live feed of the audience. We can see ourselves waiting, watching, chatting to our companions. Some people wave at the camera as if they have been captured on the Jumbotron at a baseball game.  We have been folded into the playmaking process. Our images appear alongside those of the characters. We have been transposed to inside the fiction. We are on the stage (in the stage). Again in this way, the liveness of the audience, our image supporting our words, is used to cement our impressions of the legitimate authenticity of the play.

Question: What other dramaturgical or scenographic techniques would work in a similar way to make use of the audience to authenticate the performance?

**Also by the same authors The Experience Economy: Work is Theatre & Every Business a Stage